For operating a vehicle via wireless networks by a human driver at a distant location, it is necessary to tackle with many inevitable signal time-delay problems that happen between the teleoperated vehicle and a control interface unit with a steering wheel and gas/brake pedals for the human driver. In order to find how much signal time-delay can be tolerated for teleoperating vehicles safely, we have conducted various kinds of simulations using SCANeR. Signal time-delays ranging from 100ms up to 400ms are introduced on purpose by creating an add-on module that can delay signals generated in the acquisition and visual modules of SCANeR. 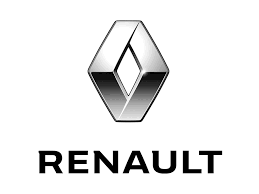 The signal delay module mentioned above is an add-on application software that is executable in SCANeR. By using the [Add Process] utility found in the [Configuration Manger] dialog window, the module is loaded into SCANeR and is recognized as a process accessed by SCANeR. You can define time-delay amounts in terms of multiples of a temporal pitch of 100ms defined in a configuration file associated with the module.

We have focused on two simulation scenarios to show how good a vehicle can trace a multi-segmented track and can change lanes twice in a row. In the track tracing scenario, a vehicle driven by a user at a constant speed is expected to trace a track composed of five segments including two straight lines, two clothoids, and an arc . To be more specific, the first and fifth segments of a track are shape of straight. Its second and fourth segments are clothoids. Its third segment is an arc. The two straight segments are placed in such a way that their projected lines are crossed at 90 degrees. The segments made of clothoids and an arc connect the straight segments.  The vehicle starts at the edge of the first straight segment and stops at the edge of the last straight segment. In the double lane changing scenario, a track with two lanes is set up and the vehicle is expected to run on a lane for 15m, change to the other lane rapidly, after running for 25m, go back to the previous lane at a constant speed of 80km/h as defined in the ISO 3888-1 document [1] . In the track tracing scenario, six different speed settings are selected ranging from 20 km/h to 120 km/h at a speed pitch of 20 km/h. Hence the length of each segment in a track needs to be adjusted to the speed chosen for a trial, corresponding six different multi-segmented tracks are created. In the double lane changing scenario, the vehicle needs to run through between two arrays of road cones placed on both sides of lanes.

The assessment how signal time-delays affect safe vehicle runs has been done by computing deviations of the position of a vehicle from the track center in the track tracing scenario and from the middle points of the road cone arrays in the double lane changing scenario. We have done a total of 600 trials in the track tracing scenario and a total of 100 trials in the double lane changing scenario to measure deviations. It has been found that in both scenarios, (1) increasing the values of time-delays results in more widely spreaded distributions of deviations and (2) under the time-delay values of 300ms and 400ms, deviations become so large that a driver (teleoperator) tends to lose the control of a vehicle that goes into adjacent lanes that may result in crashes against other vehicles. In conclusion, the signal time-delay of 100ms can be tolerated to teleoperate vehicles with a low risk of losing vehicle control.