Discover the new organization of SCANeR 2021: The Packs!

SCANeR software has been used for over 30 years with over 250 customers, 2 000 licenses deployed and over 500 scientific papers published, allowing us the following observations:​

First: SCANeR is used in Use Cases and by teams whose roles are very different. On one hand, a team in charge of projectors design uses SCANeR to validate a concept. On the other hand, SCANeR is used by a team in charge of the design and validation of ADAS etc. This is what we find in the illustration opposite. The important thing to remember is that these teams have completely different trades, vocabularies and constraints.

Second: SCANeR is present throughout the V cycle. It is used by design teams who must quickly decide whether to follow up on a particular prototype or not. At the end of the V-cycle, SCANeR is used by test teams, on a HIL bench, under real-time constraints, to verify the behavior of a particular sensor. This is what can be found in the following illustration. 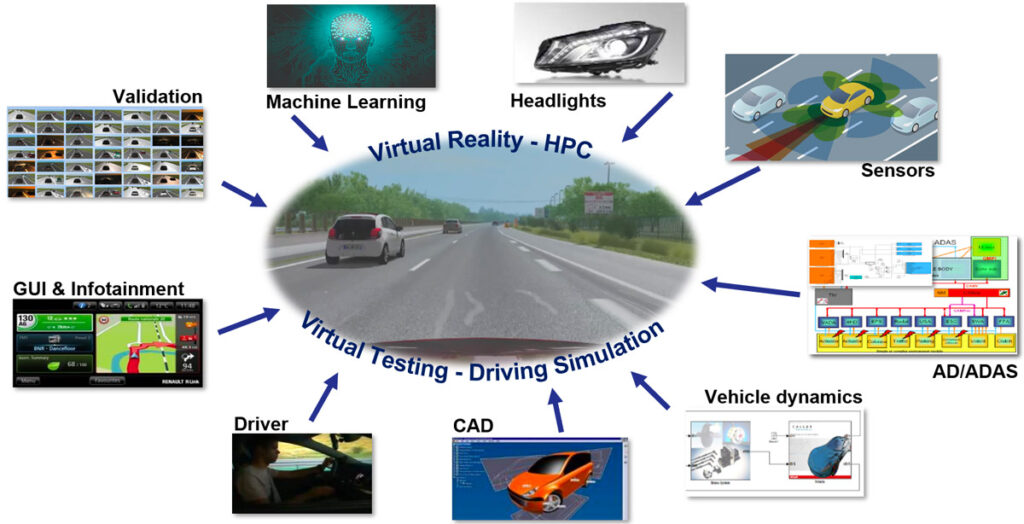 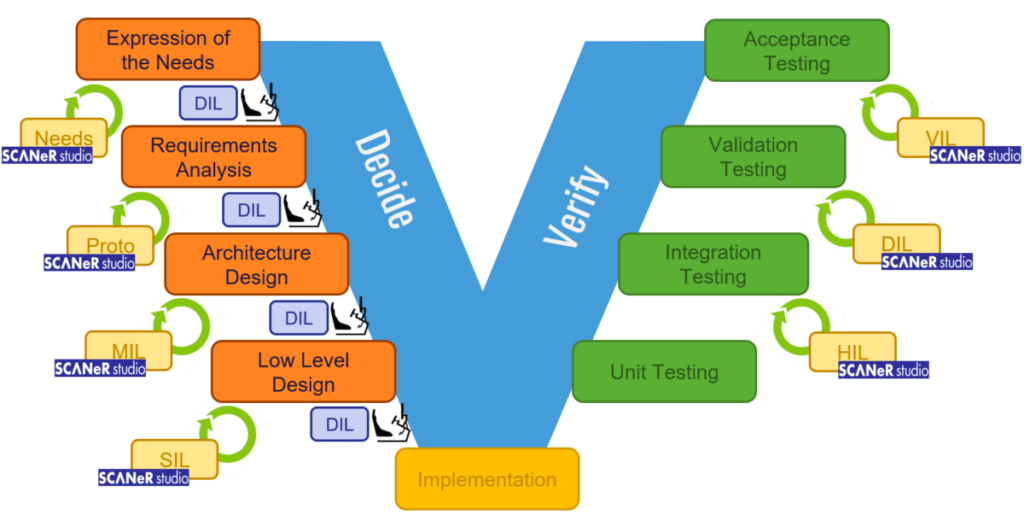 To achieve such a level of versatility, over time, a whole set of very specialized components and software complements have been developed. They allow SCANeR to specialize in such and such business or in such and such context of use. That said, as the offer has become oversized, we decided to take a step back and simplify the SCANeR packaging.

In order to simplify the offer, we have split it up in the form of Software Packs.

With the Foundation Pack, you’re completely self-sufficient and don’t need to implement other third-party software. Indeed, in addition to the SCANeR studio software, the Foundation Pack includes everything you need to do land editing, include cars and trucks, set up road traffic, interface with vehicle dynamics models other than those already available in the Pack, etc. Then, depending on your job (What is your Job? – see below) and/or how you practice it (How do you work? – see below) you will complete the Foundation Pack with other Packs (Massive Simulation, Headlights…). The Foundation Pack is therefore the centerpiece on which you build your simulation strategy. 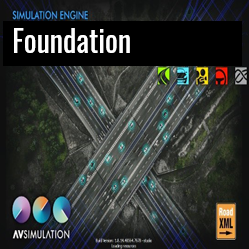 The first major category of Packs focuses on the users’ jobs. The question these Packs answer is: What is your job?  So far, we find the 5 Packs in the following illustrations. The main advantage is that any user can easily recognize himself and quickly identify the pack that corresponds to him. Of course, in the future, nothing prevents adding new Packs corresponding to new professions.

Click on the different pictures below to learn more about each Pack. 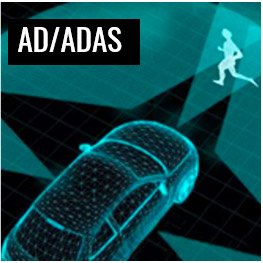 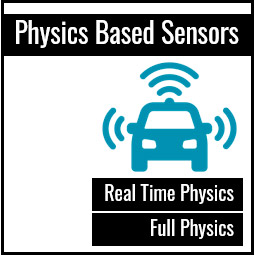 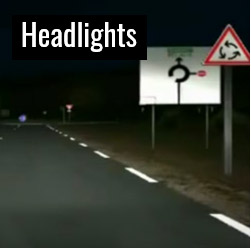 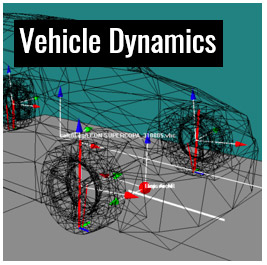 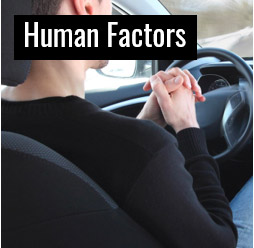 That said, two engineers in the same profession can very well do it in completely different contexts. Therefore, the second category of Packs is concerned with the way in which users exercise their profession. So the question asked is: How do you work?

Click on the different pictures below to learn more about each pack. 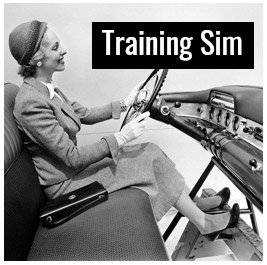 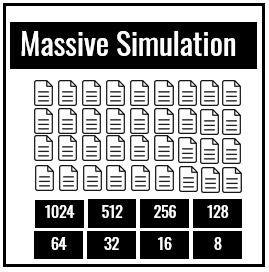 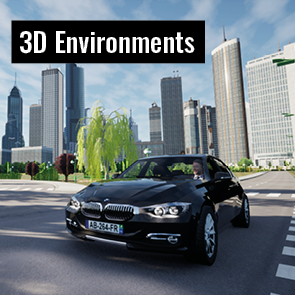 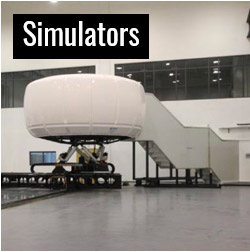 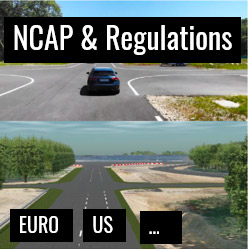 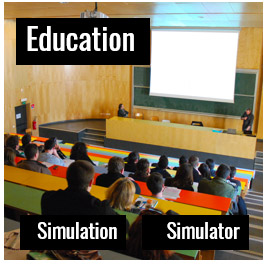 Using the previous 6 Packs, it shouldn’t be very difficult to recognize the way it works: I work on a simulator, I do massive simulation, I teach at the university or I’am preparing for the Euro NCAP tests. Yet in all four cases I’m designing ADAS.

Transparent use of the network is part of SCANeR’s DNA. In fact, on a simulator, it is essential to be able to distribute the processor load on several computers connected in networks. Users are used to distribute the software components of their simulation application to several computers connected in a network. It will be the same with Packs and at this level there will be no change.

As you will see in this catalog, each Pack brings together the additions that allows you to specialize in the use of SCANeR to a type of business or a particular use. They are said to be orthogonal since there is no overlap of functionalities between them. Even if that doesn’t make sense, theoretically they could all be used together. That said, none of them can be used on their own. Which is logical since they come to improve or specialize the SCANeR software, now found in a particular Pack, the Pack Foundation.