Discover all the features of our new massive simulation pack

Our Massive Simulation Pack is designed specifically for teams in charge of validating large-scales of ADAS systems. We, at AVSimulation, know how expensive a real prototype can be, and we want to help you create your project and make the changes you want quickly and at a no prohibited cost and that until it is validated by virtual tests.

Our pack contains a set of features allowing its user to develop and implement a Massive Simulation process.

Although it is possible on the road validation, the complexity of the tests always evolving comes with a cost and difficulty to set up.

How is it possible to recreate two identical situations ? How to make sure, that during a test in the city that all the desired situations set up to test your equipment are met ? Well, at AVSimulation, we have the answer; the Massive Simulation Pack. The pack enable’s control of all the parameters. Launch a thousand, a million scenarios at the same time by varying the parameters; stage an accident, a pedestrian crossing the road during a rainy day, and more. With the help of the Massive Simulation Pack, we offer the use a solution that increases the speed of the development process: saving you time and money. 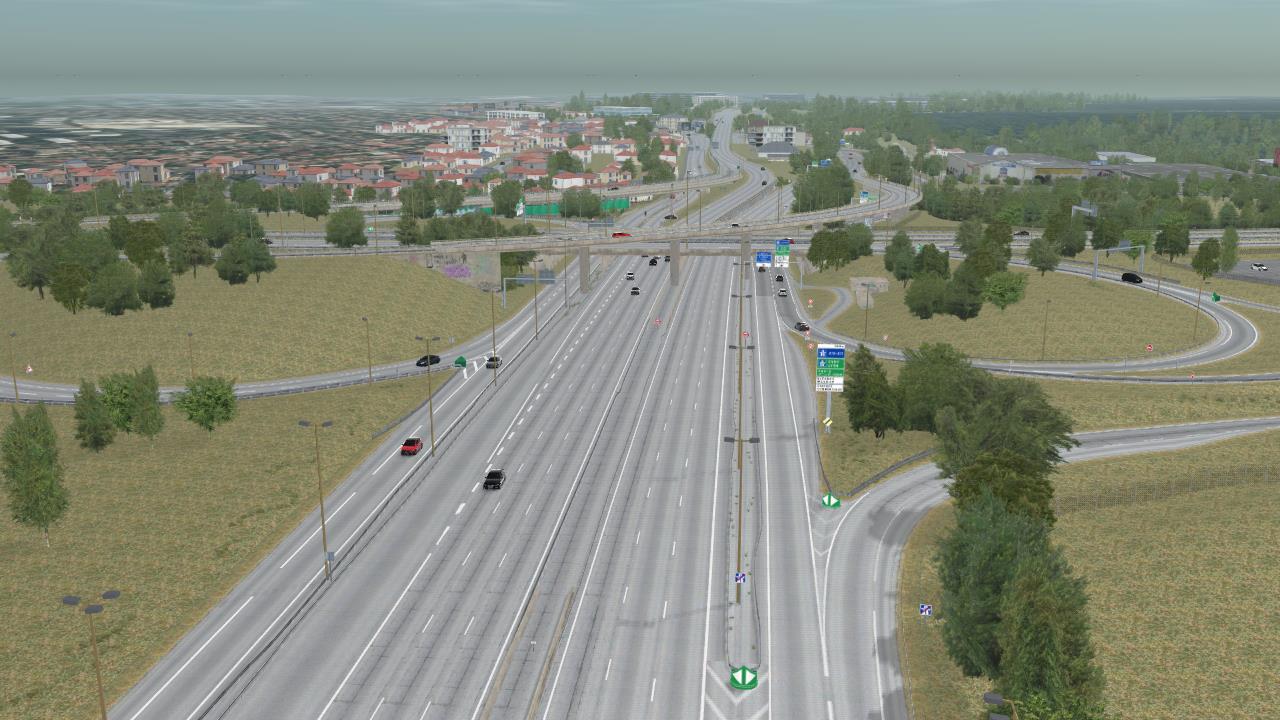 Simulate where you want, when you want.

Accessible anywhere, and when you want, you no longer depend on your premises. Simulation allows you to be productive no matter what your situation is. You gain time and efficiency in testing and validating your systems.

With massive simulation, you can test continuously throughout the development of your vehicle, equipment or system.

Especially for the development of a vehicle or an autonomous system, you can achieve millions of virtual kilometers to study and validate its reactions according to an infinite number of scenarios, and this in a few days, through the realization of massive tests and parallels effectively to validate the safety of your equipment.

Carry out your complex scenarios and critical events representative of real driving situations. 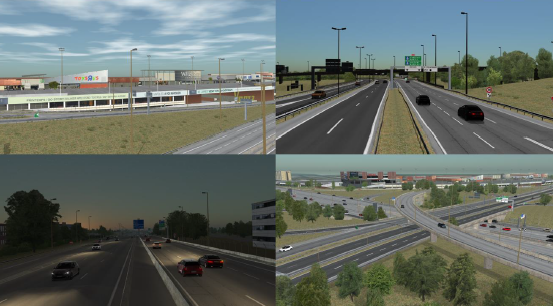 Following the execution of the scenarios, an analysis report with metrics and performance is available and allows to quickly identify strengths and weaknesses in order to correct the parameters.

A real prototype is very expensive, thanks to simulation, you can create your project and make the changes you want quickly and at no additional cost until it is validated by virtual tests.

SCANeR explore includes innovative functions to create test plans based on scenario generation and multi parameter exploration for massive simulation. It can generate millions of relevant scenarios in minutes.

SCANeR explore comes in a 1.8 version. It is a test plan manager, you organize your prepared scenarios into hierarchical test plans and for each scenario you are able to define a specific range to each parameter. For example, if you want to simulate an highway insertion, SCANeR explore is able to produce all the parameters set and optionally generate all the scenarios for this Parameter set.

In addition to that, SCANeR explore has an execution plug-in that will generate a report who will find out if anything went wrong or not.

Realizing that the original way to add test line was complicated, we’ve added a new feature to make it easier by working on the graphical user interface. SCANeR explore comes with recently enhanced explore API. Historically speaking, you can manage test plan and generate scenarios with this API. Now with the enhanced version you can also create your own execution plug-in and extract results from the API. Making all the process to generate compute automatically SCANeR scenario and generate a human readable input is doable

For example, from the test plan parameters you can generate your scenario and plug-in, then you compute everything with SCANeR compute, which will produce SCANeR record.  Extracting the record with Extract Result API and then you have a JSON file. The JSON file is then sent back to SCANeR explore in order to generate a report.

SCANeR compute is one of the most important tools, it’s a solver version of SCANeR studio and allows you to run SCANeR scenarios without using any user graphical interfaces. In addition, it is easy to deploy.

One of the main parts of SCANeR compute is the multiple instances that can run in parallel. Unlike previously, It’s now easy to do. For example, I can run eight instances of SCANeR studio using the explore configuration and the instance of SCANeR compute will find their scenario in their directory and launch them.

Easily deployable, SCANeR compute will run on all classic operating systems and on local machines like Windows and Linux.

Because its a command line tool and the reliability is very high, SCANeR compute is compatible with Cloud and Docker and with all the standard job scheduling tools

SCANeR BatchTool brings a new command to update existing scenario and convert them to the current scenario version.
For more information open a shell in SCANeR bin directory and type: SCANeRBatchTool.exe –help update-scenario.

Note: The update operation is done automatically if you open and save a scenario in SCANeR studio. This command is only useful if you need to convert a large number of scenarios.

At your request, our teams are ready to assist you on the deployment of this solution.