Discover all the features of our new AD/ADAS Pack

The AD/ADAS Pack brings together all of the functions for designing, developing and validating driving assistance and autonomous driving systems.

The Pack provides access to configurable and customizable sensor modeling functions covering all types of sensors. Many customers have trusted us by using the AD/ADAS and SCANeR Pack to validate their collision mitigation systems, lane keeping and autonomous driving systems on different levels.

Used from the research and design phase to the validation phase, the Pack supports engineers throughout the systems development cycle and enables to validate and improves the logic and robustness of decision-making functions.

The AD/ADAS Pack it enables the simulation and brings together all of the functions for designing, developing and validating driving assistance and autonomous driving systems of smart sensors in an ideal way to power the AD/ADAS systems under test. The users of this Pack are the engineers who are in charge of ADAS systems. The engineers in charge of the design of the sensors and who have access to the internal data of the latter will rather orient themselves towards the Physics Based Sensors Pack.

The AD/ADAS Pack is composed of the following functional sensor subsets:

In addition, the AD/ADAS Pack includes the functions to interface the simulation with the system under test (SUT). The latter may have been developed in environments such as ROS (Robotic Operating System), Python, C ++ or MATLAB / Simulink. 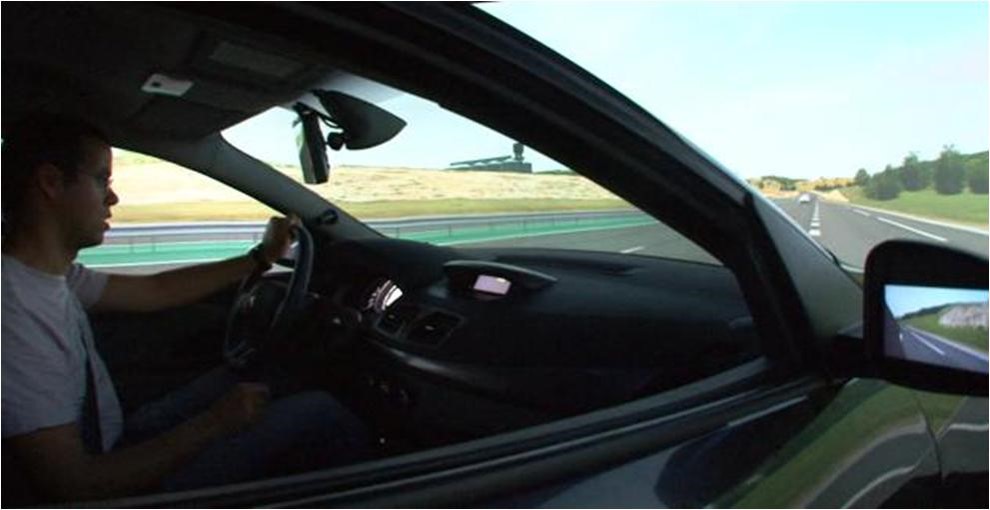 The SCANeR platform can be used to model any type of commercial sensor. Using the information available in the manufacturers’ product sheets, the user can precisely define the characteristics of the models as well as their detection capabilities: perceptions area, range limit, types of smart function targets, etc. In addition, to get even closer to real models, the user can activate predefined or customizable error or noise models. 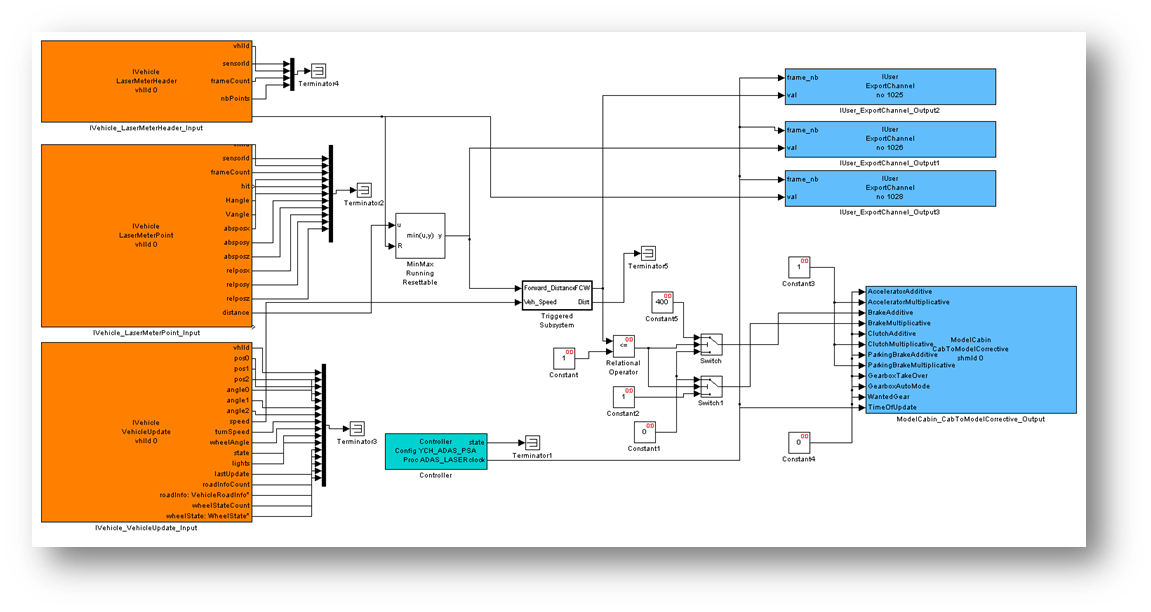 The engineer who develops ADAS functions such as emergency braking, automatic cruise control, lane keeping system or many others, will be able to check, validate and test its system in an infinite number of situations created in SCANeR.

Study the interactions of the AD/ADAS system with the driver

For autonomous systems with partial delegation of control, interactions with the driver and in particular the transition phases are critical. The AD/ADAS Pack enables to assess and validate the integration of ADAS systems and their HMIs. Combined with the Simulator and Human Factor Packs, the AD/ADAS Pack also enables the development and fine-tune these delicate phases of transition on the simulator.

Through its ability to model a large number of sensors, the AD/ADAS Pack enables the development and the validation of  level 3, 4 and 5 systems which will relay or replace the driver in his driving task. As SCANeR can simulate any type of road infrastructure, model the environment and build complex configurable scenarios, the millions of kilometers required to validate these systems can be performed in simulation.

We use cookies to ensure that we give you the best experience on our website. If you continue to use this site we will assume that you are happy with it.OkPrivacy policy